Fire Up Your Powerhouse – Burn calories and avoid pain! 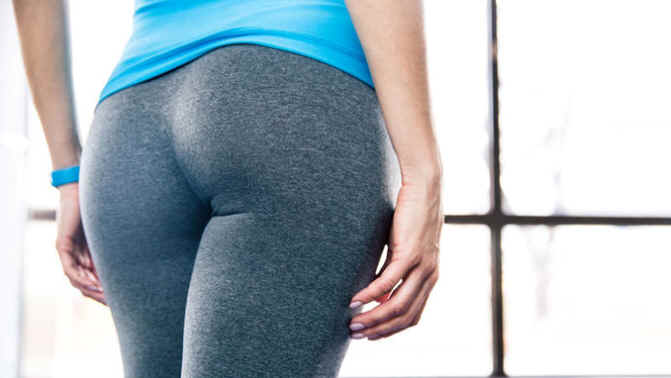 Glutes, they’re the biggest group of muscles in the body and sit between the upper body, lower body and core.  They’re a crucial muscle group in all movement involving the hips such as walking, running, jumping, throwing, dancing, twisting, lifting, bending, in fact, there’s not much you do that the glutes don’t have a part in.  They’re the powerhouses of the skeletal muscle system that get you up and moving.

However, this big muscle can be a bit lazy and will take the first opportunity to shut-down.  For instance, if the brain senses injury or potential injury somewhere it will automatically inhibit your glutes from firing.  This makes perfect sense as the glutes are your locomotion muscles and if you’re injured the brain wants to protect you and so tries to keep you from moving too much.  Unfortunately, once the injury is healed the glutes don’t always get the muscle to come back to work!

In addition, our current lifestyles mean we’re sat on our glutes for long periods of time, at desks, driving, watching tv etc.  This restricts blood flow to the area and eventually changes the opposing hip flexor muscles into a shortened, adapted state which will further inhibit the glutes from firing.

Other muscles such as the hamstrings and spinal erectors are quick to jump in and take over the job of the glutes which keeps the glutes underworked, underdeveloped and underutilized.

You might think that as long as some part of the body is doing the work and you can still get around and do the things you want that it probably doesn’t matter, right?  Wrong!

When muscles do jobs that they’re not meant to do problems will eventually bubble up to the surface.  That nagging low back pain you’ve been ignoring for months?  That could be due to inhibited glutes.

What can y​ou do about it?

Do exercises that are going to re-activate the glutes and increase nervous system impulses.  These could include side-lying clams, standing or side lying hip abduction, body weight glute bridges and quadruped bent leg hip extension.

Google any of the above exercises and you’ll find plenty of examples to follow or better still, come and see any of the coaches at Inspire and we’ll go through technique and give you some exercises to add into your warm-up that will wake up those work-shy glutes and enable you to train them to be the calorie burning, powerhouses they’re meant to be.

It’s not just about having a derriere like Beyonce ladies, it’s about still being able to get in and out of your chair when you’re in your 90s!