Are Your Food Rules Helping You? 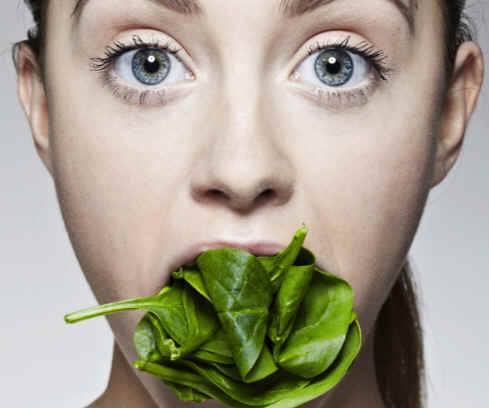 During Eating Disorders Awareness Week (27th Feb – 5th March 2018) I started to think about the food rules that we live by and whether they serve us well or not.

You might think that you don’t have any food rules and that you’re quite relaxed about what you eat but I bet you do.  They might be so ingrained that you don’t even realise that you live by them because their running below your consciousness.

An example would be only eating certain foods at certain times of day, for instance, breakfast.  Sometimes I’ll suggest a meal for someone as an alternative breakfast choice and they’ll look at me with disgust and let me know in no uncertain terms that they couldn’t possibly eat that for breakfast, it’s just not a breakfast food!

This is really common and has to do with the way we’re brought up and our cultural values.  Most of us wouldn’t normally eat curry for breakfast but in India it’s the norm and perfectly acceptable.  This example doesn’t automatically lead to disordered eating but it does show that we all tend to follow certain “rules” about our food and how we eat it and often we’re unaware of them.

There are people who believe that this particular “rule” is a problem in the West as most of our normally accepted “breakfast foods” are high in carbohydrates and low in protein which isn’t usually the best way to start the day, particularly if you’re at risk of type II diabetes.  A low carb, high protein meal serves most people better.  Follow the normal breakfast with a common lunchtime food of a sandwich and again you’ve got a higher carb/lower protein option.

Most general food rules aren’t an issue though until you begin to get quite rigid about them.  The above example of certain foods at certain times of day isn’t really a problem as there are plenty of healthy alternatives that are accepted as “breakfast” or “lunch time” foods so it’s quite easy to improve those meals without hitting a “non-negotiable” food rule.

The stricter the rules are, the more likely they are to lead to disordered eating though, for instance, there’s a very high rate of disordered eating (and even diagnosed eating disorders) amongst figure competitors who spend their time trying to control their bodies and how it looks through diet and exercise.  These are the ones we often see in magazine with the bodies we crave.  The reality isn’t quite so attractive!

Disordered eating describes a variety of abnormal eating behaviours that, by themselves, don’t warrant a diagnosis of a diagnosed eating disorder such as Anorexia or Bulimia but disordered eating can still have a negative impact on a person’s emotional, social and physical well-being and can lead to fatigue, malnutrition or poor concentration.  For instance, if you’re cutting out whole food groups because you think they’re keeping you fat there’s a likelihood that you’re missing out on certain nutrients and that’s going to have an effect on your body.

Dieting is the single most important risk factor for developing an eating disorder.  Girls who diet are much more likely to develop an eating disorder than those who don’t diet.  Typically a dieter becomes preoccupied with food and what they’re eating and couple that with self-worth being based on body shape and weight and it can lead to obsessive calorie counting or chronic restrained eating!

What are your personal food rules?

Over the next few days when you’re preparing your meals think about why you’ve made the choices you have?  Why did you have that food in the house in the first place?  What made you buy it?  And would you eat something completely different if it was available right now?

Don’t worry, having a few “rules” about what you like to eat doesn’t mean you’ve got an eating disorder, particularly if there are times where you’re quite happy to relax them for special occasions, Salted Caramel Ice-cream for breakfast anyone?  Certainly on your birthday that should be not just allowed but positively encouraged!

But if you have strict rules that stop you from reaching your health and fitness goals, or mean you lack energy, suffer fatigue, encourage you to cut out whole food groups, mean you can’t go out for a meal with friends and make every meal a battle of wills then perhaps it’s time to look at whether your food rules are serving you?

A lot of food rules apply to what you “can’t” eat so focus on restriction rather than inclusion. It can be helpful to try and switch the focus around and try to “add” healthy foods into your diet rather than avoiding what you see as bad or unsuitable.  For instance, trying to get a couple of portions of vegetables in your breakfast tends to naturally steer you away from the high carb/low protein options without any thought of restriction/avoidance.

Another technique that is really helpful is Mindful Eating.  Mindful eating is a great way to not only become more aware of what your over-riding food rules are but can lead to a more satisfying, healthy and enjoyable relationship with food.  It’s skill that can help you start to break free of your food rules and be a bit more relaxed and flexible in your eating practices.  Mindful eating is more about the way you eat rather than what you eat.

If you think your food rules aren’t working for you, in other words, if you haven’t got the body you want or you don’t feel as healthy and vibrant as you should then perhaps you need to talk to us.  We help women eat and move and live better.

We can talk to you about a healthy way of eating which naturally leads to weight management and we can give you more information about mindful eating, how to do it and how it can help.